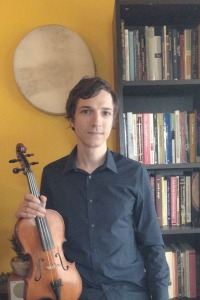 Daniel R. Laxer was born and raised in Edmonton, Alberta, and received his undergraduate degree in History and Music from the University of Alberta in 2005. After receiving his Master’s degree in Canadian history at York University, he continued on to do his PhD at the University of Toronto, which he received in the Spring of 2015 for his dissertation “Listening to the Fur Trade: Sound, Music, and Dance in Northern North America, 1760-1840.” He has won various accolades and awards including the SOCAN award for best paper in Canadian music in 2011, as well as teaching assistant of the year in the U of T history department in 2013. He is currently revising his dissertation into a book for McGill-Queen’s University Press.