Past Event: June 2nd Meeting: “The Stockyards: Industrial Growth of the Junction” 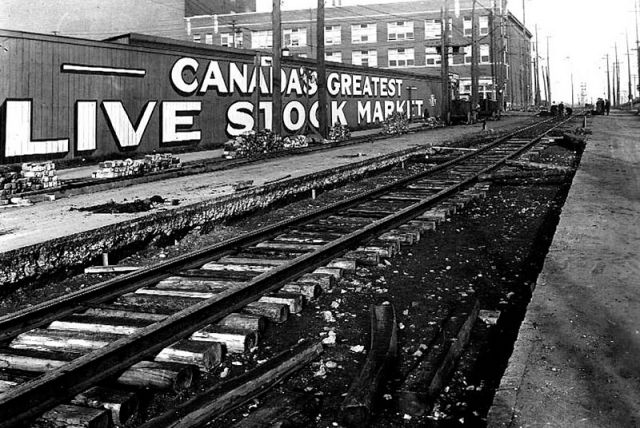 The West Toronto Junction Stockyards
Local history enthusiast John Beram takes a close look at the Toronto Stockyards and how they fit into the industrial development of the West Toronto Junction. Using a wide range of sources, John delves into the evolution of the Stockyards and how it influenced the development of both the city and the surrounding countryside. John explores the tremendous influence on the city of the influx of an immigrant population from around the world drawn by the opportunities for work in The Junction.
John grew up understanding the vital importance of the Stockyards to the economy of Toronto. He ties his own experiences growing up in and around the Junction and spending teenage summers working in The Stockyards into his narrative.